I have not played bowling for a while and then too just for fun during the practice sessions with my friends who were representing d batch in our alumni's tournament..

When Amal called this morning to say that they were going to have a practice in the evening, I said I'd try to make it..and I did..,


n b'cos I was not prepared, I played by donning d pants with baju kurung top that I wore to work..haha..

It was bad at first, I even had to ask Ruzi to show me how to handle the 9lbs ball that I wanted to use..haha...

When the final game over, the score sheet for one group : 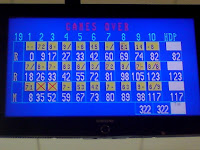 and the other (including mine at the bottom..hehe..)

Its "beginner's luck", I told my frens..


Based on that, Rozie wanted me to take her place but I can't represent my batch, the actual games in d tournament would make me nervous,

..I know my limit, reserve player is ok but as long as I know that I don't have to play!...hehehe..

mmm..I think I pushed it too hard, am not feeling too well now

~ my thumb, wrist, knees , and having a slight fever.. 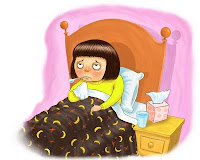 Going to have an early night..

I think I'll go for English breakfast (or rather brunch) today as consolation, ....

"Cats" down there is rolling on the floor ~ surely grinning with glee..n my boss said his condolence when he reached the office this morning..but yes TK..."sabo" aje lah( = i.e be patient with it)

p/s ~ I don't see the connection between the Fair Lady with the falling down of the "London Bridge" in there..hehe..

(Update : )
Didn't have time to go for breakfast or brunch so went for lunch instead and I ordered fried bihun :

I know I shouldn't go "food hunting" when I'm hungry

Been seeing currypuffs all over, but don't have time to make it like "I amsterdam" or "Kakasma" :-) ...used to love making it (read eating..haha) ever since I watched my mother made it when I was small.

Instead I bought the frozen ones from my neighbour (after all, its good I'm supporting her business eh?..hehehe..)..

So this is our breakfast this morning : 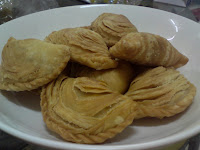 When I was in school, one of d snacks that I brought back to the hostel was always the mini currypuffs (filled with meat/fish "serunding")..imagine 5 years of that..hehe.. 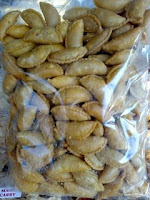 
Its sad that South Korea has been eliminated in the 2nd round with the loss of 1 - 2 against Uruguay, congrats to Uruguay team(FIFA ranking may 2010 - 16)

In d other match this morning, Ghana has beaten United States, 2 - 1

Haven't plan for d next trip back to KT... may be should go back for a few days before the start of Ramadhan month as we normally did in previous years.

During the last trip :


..the rambutan fruits were still green 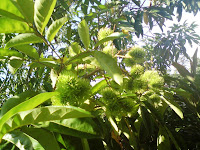 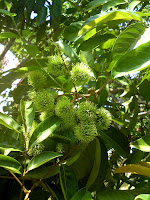 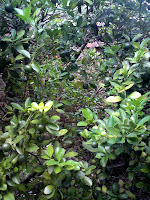 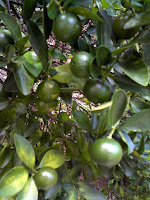 Don't know when we can have the banana fruit.. 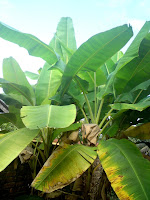 mmm...going to check if there's any offer for tickets to KT... 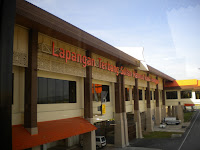 Been meaning to bake bread since weekend..but was not really into it...

however, after work this evening when I had the mood, I quickly took out the ingredients, and started kneading..

20 minutes after leaving it to rise :

During that waiting time, fried veggie for dinner :

Next, divided the dough into 12, rolled into balls, and left it to rise for a further 15 to 20 minutes :

Meanwhile, steamed siakap fish for 5 to 7 minutes (I love my microwave oven, lessen my time in d kitchen!..hehe..)

By this time the buns were ready to be baked, 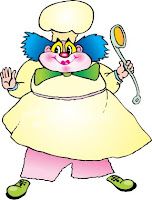 (Update : glad that England managed to get through to 2nd round after winning 1 - 0,
many grinning faces over here?..hehe..)

I enjoy taking Nor's kids to the bookstore as a treat whenever I'm in KT. Now, even Balqees loves to follow as well.

Thou I prefer them to buy books, I do let them choose some other items, within control that is, don't want them to be spoilt..hehehe..

During last trip, Batrisyia wanted to have some drawing papers, and that night she was drawing this : 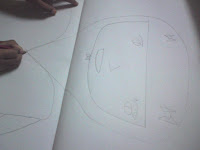 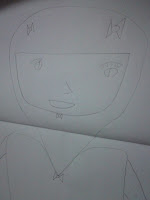 Then she wanted to draw me
(n I said, "make sure I'm wearing tudung(headscarf)"..hehehe) 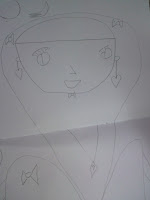 She showed me a cloud above my head... 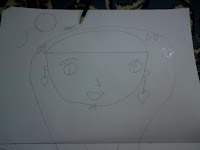 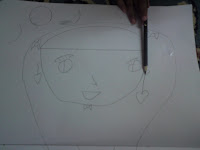 Batrisyia with "her Che Na"

Thank you so much kak B..love u lots! 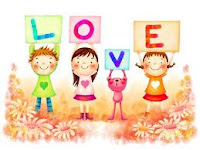 On Saturday Batrisyia n some of her pre-school friends went to Museum Losong for colouring event n her mum sent us this : 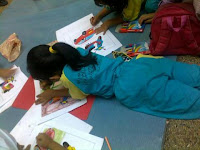 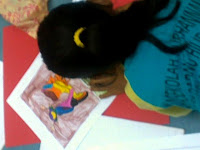 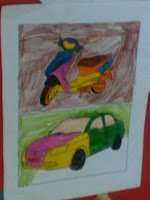 Caught the last half hour of the match between Portugal vs North Korea, and by the final whistle it was :


Actually, by d fifth goal, I was hoping the game was over...