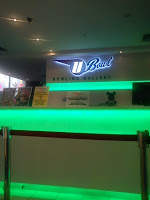 The captain was aware that I'd be nervous so I was put as second player and I guess that helped a little.

First game was not bad, but second and third weren't good, I had much better scores during practices..so that by the end of the match, I felt guilty for playing! :-) 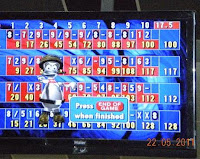 When the result was announced, third place went to a strong team whose key player won the best bowler..my friends and I looked at each other, most of us thought "there goes our chance"..so that when our team name was called, we thought the emcee was chiding us for being loud (hehe)..
It dawned on us few seconds later that we actually won second place, then we were making "thunderous" cheers, and not watching the winner (thou no surprise there).. :-) .

Pleasant surprise indeed!...especially when we found out later that our score difference with the 3rd team was only 2!
The practices paid off for us..it might not be perfect but it helped.
Next year? I've booked to play in SECOND team (if there's any)...can't stand the pressure, but I do enjoy the game..hehe..

Was introduced to the honey and cinnamon drink whilst at I.A's place and been drinking it since then..I like it :-)

The benefits that could be gained from drinking it :

1) HEART DISEASES: Apply honey and cinnamon powder on bread instead of using jam or butter and eat it regularly for breakfast.

2) ARTHRITIS: Apply a paste made of the two ingredients on the affected part of the body and massage slowly.

3) HAIR LOSS: Apply a paste of hot olive oil, a tablespoon of honey, a teaspoon of cinnamon powder before bath, leave it for 15 min and wash.

4) BLADDER INFECTIONS: Mix cinnamon powder and honey in a glass of lukewarm water and drink.

5) TOOTHACHE: Apply a paste of cinnamon powder and honey and on the aching tooth.

7) COLDS: Make a glass of lukewarm honey water mixed with cinnamon powder to help boost your immune system during the cold season. It may also help to clear your sinuses.

9) FATIGUE: Recent studies have shown that the sugar content of honey is more helpful than detrimental to the body strength.

10) PIMPLES: Mix honey with cinnamon powder and apply paste on the pimples before sleeping and wash away the next morning.

11) OBESITY: To reduce weight, daily drink a mixture of honey and cinnamon powder boiled in one cup water, 1/2 hour before breakfast on an empty stomach and at night before sleeping.

12) BAD BREATH: Gargle with honey and cinnamon powder mixed in hot water so that breath stays fresh throughout the day.

14) IMMUNE SYSTEM: Daily use of honey and cinnamon powder strengthens the immune system and protects the body from bacteria and viral attacks.

(Rasulullah(sallallahu alaiyhi wassallam) mentioned the numerous benefits of honey more than 1400 years ago. May we gain the benefits in following the sunnah, insyaAllah..)

Mak said that when she was about to give birth to me, ayah was busy practising with the police band [he was ordered home when his "major" found out, so he was there for the birth :-)]
...I guess that's when it all began and why years later, I joined the school marching band even though I didn't have any basic lessons in music during primary school. :-)
[Psst...I wanted to be in the group soonest so I decided to "ditch" the trumpet (it was hard anyway) and opted for the tenor-drum instead..hehe.]
I'd loved all the trainings, practising the formations, the marchings in the sun, the competitions, the outings... and I loved the yellow and blue uniform (with the high boots no less!)..
and of course the disciplines that were instilled in us.
I don't follow the music industries but I do appreciate some songs..and when I'm driving I prefer listening to my selections of music as compared to the radio, more soothing and calming :-)
Anyway, when I was away in I.A's home..my nephew Nazeem smsed and informed me that his school, MCKK got to be in the final for the "Wind Orchestra" competition among the boarding schools (the SBPs), together with my former school and 6 others ~ to be held in early July 2011. Congrats and all the best to all the teams!
Promo for a TV program on my former school's Wind Orchestra
(Refleksi Orkestra - RTM TV1, 15th May 2011 @ 1pm)

One of my favourite songs during my band days was the "Bahtera Merdeka",
and another one was a marching tune "Polis Sedia Berkhidmat".
(no surprise there!)

Sometimes I love receiving messages in my hand phone (as long as not the advertisement kind)..but this past week, had been receiving some that brought sad news.
Last week on Thursday, a friend sent one about 6.30 am to inform the passing of our office mate's father-in-law, who lived in our neighbourhood..
On Monday evening, received news that our school friend's mother passed away..she had been sick for many years..with some friends we visited the family yesterday afternoon.
...and this morning about 7.30am, received a very sad news about our school friend's husband, who died in an accident yesterday..really am sad for her and her small children...hope she's given the strength to face this grieving hours.
Al-Fatihah...semoga ruh-ruh arwah diampuni segala dosa, dicucuri rahmat Allah SWT dan ditempatkan bersama para salihin...
"Dari Allah SWT kita datang, kepada Allah SWT kita kembali.." 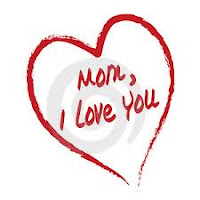 I'd feel that something is missing if few days passed without me talking to her, so I'd normally make the effort even if its only for a few short minutes.

I.A remarked the other day on my closeness to her when she knew that I'd kept in touch even though I was thousands of miles away.
[and before the end of my holiday I got reminder from my phone line provider that I'd almost reached my credit limit!
:-) ] 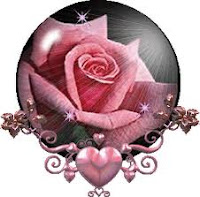 I may not always be a good daughter, may not always be available for her needs..but I do try to be, wherever I am and whenever that I can. I don't need to wait for any one particular day, she's all the parent that I have left, the one that I can still hopefully pleased.
May her blessings, her prayers and her forgiveness to her children, help us lead a better life.

I may not voice out aloud the words,
but through my deeds, I hope she knows,
that my love for her,
is not only for today,
but for always...insyaAllah..

Alhamdulillah, thankful for the mother that I have... may she always be in Allah SWT's blessings, love and care...amiin. 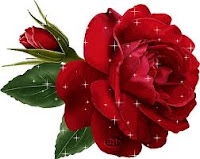 Something to share :
Duty to our parents/Doa buat kedua ibu bapa (here)

By definition, "flying visit" means 'a visit that last for only a very short time',
but for this entry, I really meant my few flying trips during last month :-) 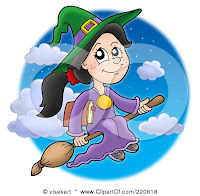 Early April, I was at a place where I became an instant "millionaire" (now no more! :-) ) after exchanging some RM to that country's currency, 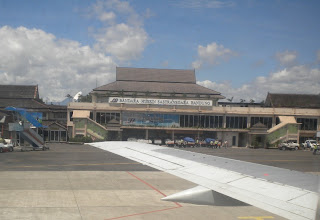 and where I had lots of my favourite juice at the market building.. :-) 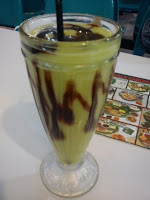 Next, I was back in my hometown for a short weekend, 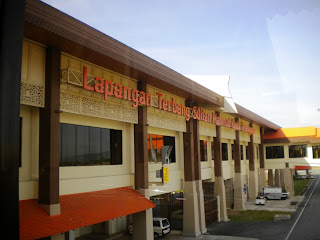 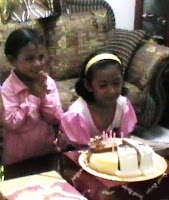 ...may Allah SWT bless her always..guide her to be a successful muslimah now and hereafter.
Batrisyia 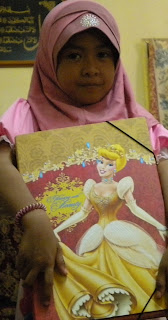 For my last trip in April, I was away on the last 10 days of the month.. ..and flew away to the land of tulips! 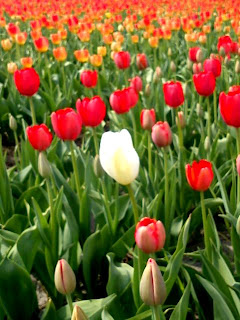 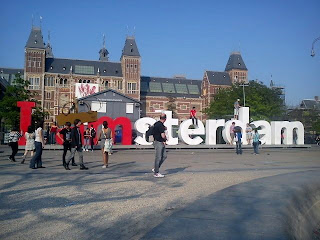 Thanking her and family for the invite and very warm welcome to us..,
it was a great trip of which I'll update later, insyaAllah.. 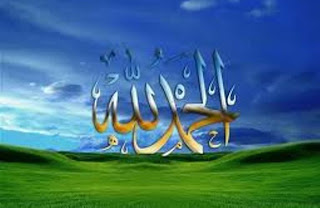 ..for everything ~ the chances given to us - 'moneywise'...'healthwise'..
and most of all, wonderful family and friends...

[p/s ~ I'm planning to sit quietly at my corner of the world in the near future, even though there's an offer to join a Langkawi trip next week..(luckily I'd been there last year, considered quite recent..hehe..)] 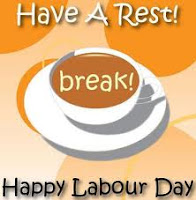 As it fell on Sunday this year, we had yesterday as an extra day off work and many had taken the chance to be away during the long weekend ~ causing traffic jams in highways I believe :-)
For me, after being away on and off in April, I'm looking forward to be in the office and do some work..hehe. 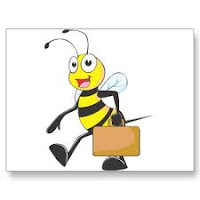 Wishing that everyone is having a productive day!