When I got the email last month from Ze on this, I knew then that it'd end up in my blog..hehe..

But b'cos it was in a powerpoint format, I needed the time to "re-process" and "re-do"...

Its been a while since I last baked a cake so when Nazeem n his friend were here over the long weekend, I decided to make one..n Nazeem went "yea!" when i told him that..hehe..

I'd actually forgotten the basic recipe so had to look for a simple one over the net, but as usual, did it my way.. :-)

3 ~ Add in the flour, baking powder and cocoa powder. 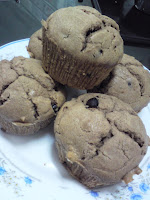 That night Nazeem helped me in mixing the ingredients and all, so its only fair that he got the first taste of it.. 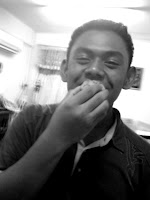 His friend, Hafiz was surprised to see my nephew helping me but in the end he joined as well!..hehe..

Told Nazeem that they could take back the balance to their school the next day, but he asked..."hehe...will there be any?" 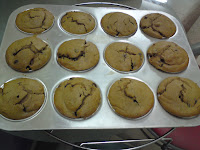 (Still hot in the oven) 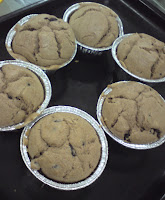 True enough, when I woke up the next day, only about 1/3 of it left,
and they finished it off during breakfast! hehe..

"Che Na, can u please make cheese cake next time?"

oh oh...another round of fact@recipe finding mission on the net!

At 3pm, this was delivered to our home.. 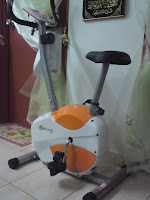 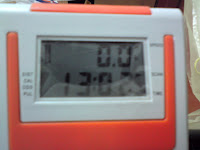 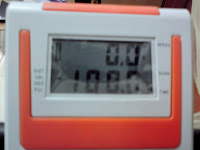 n the distance of 4kms? 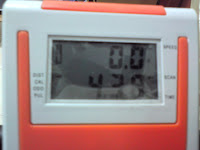 Now I could cycle whilst watching TV, and if it happened to be between 5pm to 6pm, I'd have extra "fun" ~ watching my favourite TV channel - cooking programs @ the "Asian Food Channel"..hehehe... 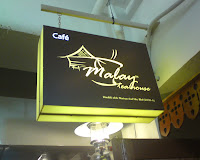 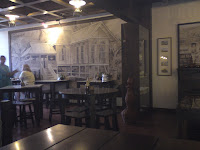 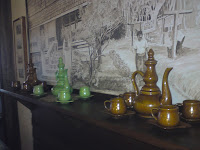 Rows of different type of teas 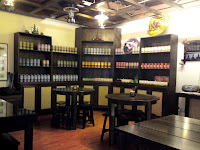 Tea flavored with dried slices of Assam fruit(asam gelugor/asam keping)
(~ Sipped before a meal, Assam tea has the power to nourish the body with rich antioxidants and convert fat into energy, decreasing inches from the waist and belly.) 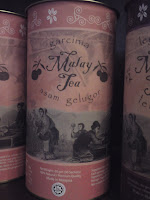 (the fruit)
What asam gelugor/keping look like
~ I remember helping my mum slicing the fruit and let it dried under the sun :-) 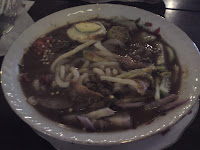 We tried Mas Cotek and the Asam Gelugor tea
~ but asam tea was quite sour... 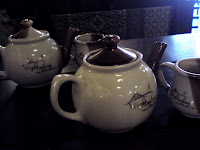 They had this set for sale, was told that its a hit with tourists but I wanted to buy the mug for my collection ~ it was out of stock.

It had been exactly a month ago,
That I went to see the doctor.

For a medical check-up that'd been long over due,
So there at the clinic finally in d queue.

My blood sample was needed,
And for that my arm was injected.

"Come in a few days", I was told,
The results should then be "unfold".

And up until yesterday, I still didn't know,
But today for my peace of mind, I had to go.

Alhamdulillah ok except for my cholesterol,
And so I was advised on my diet control.

Lamb chop, prawns are currently a "No, No",
and I promised to exercise more n more.

Relieved to be back at d waiting hall,
It was not so bad after all.

As I could be heard laughing inside,
Remarked a friend who was waiting outside.

But I'm sure the doctor would understand,
If I defer to go and visit her again.

But if this "doctor" is behind the door,
Would people be willing to go more? 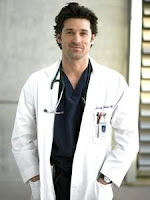 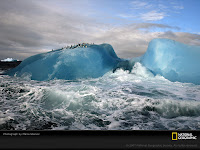 For trees that grow on mountaintops near Cape Town,
South Africa, wind can be a magnificent sculptor.
Trees that can handle the wind's effects
best will alter their shape to deal with the load of the wind. 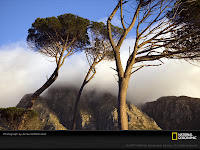 Silhouetted by the sun, the Hand of Fatima rock formations
near Hombori village stretch toward the sky in Mali.
The tallest tower rises 2,000 feet (610 meters)
from the desert floor. Lore has it that the formations'
name stems from the five towers' resemblance to a hand
from the sky. 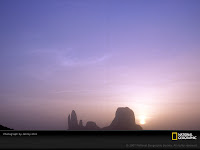 Erosion's force becomes clear in these limestone cliffs
in Port Campbell National Park, Australia.
About five million years ago the area was a
limestone plateau, but as sea levels rose the effects
of surf and rain began to carve out these
magnificent cliffs, along with stacks and arches 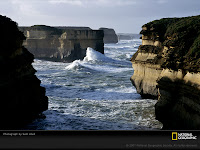 A storm passes over Yellow Mounds Overlook in South Dakotas
Badlands, casting light and shadow below. Although
the regions name derives from the Oglala Sioux 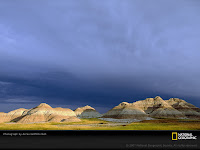 Travertine chimneys near Lake Abbe, Djibouti,
were created by hot springs depositing
calcium carbonate the same process that creates stalactites
and stalagmites. Some of the formations reach
165 feet (50 meters) near the lake located
on the Ethiopia-Djibouti border. 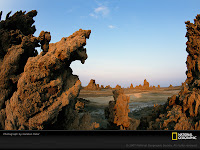 A thick blanket of snow covers West Thumb Geyser Basin
in Yellowstone National Park. There are more
geysers in this park than anywhere else
in the world. 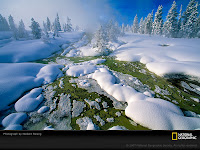 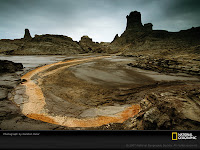 A deep gorge drops some 650 feet (198 meters)
near the abandoned city of Araden, Crete. Visitors
can descend into the gorge and walk a little
more than 4 miles (6.4 kilometers) to the Mediterranean Sea.
In addition to magnificent scenery, the gorge provides
a 2,460-foot (750-meter) descent to the sea. 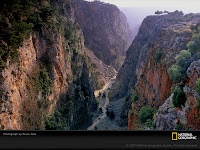 Towering in close symmetry, these basalt
columns near Fingals Cave form the base of the
Scottish island of Staffa. The columns formed
when cooling lava flows met bedrock and the regions
cold weather. The island contains three main caves. 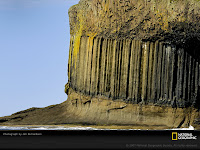 Thank u Ze for sharing this with me...

I don't mind that sometimes our bags "gained" extra kgs on our return journeys..

..filled with keropoks from Terengganu

have to start watching my diet,
(mmm...how do i count the calories?)

make myself "available" to shed the extras extras...