In my mail box today, received this from a good friend of mine, Sha :


Sending Roses to a Rose :) 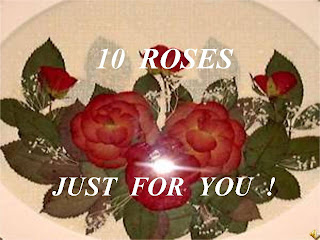 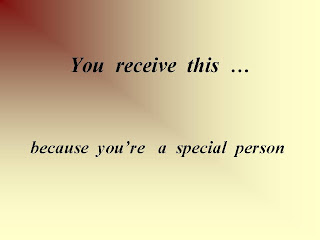 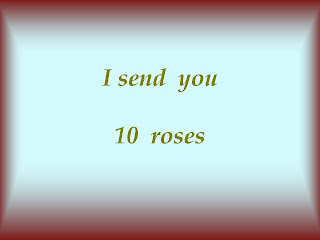 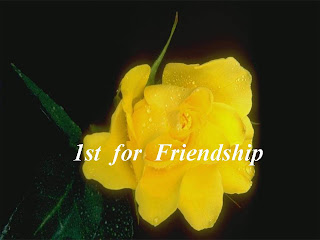 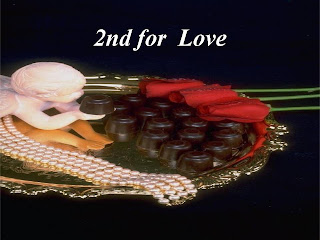 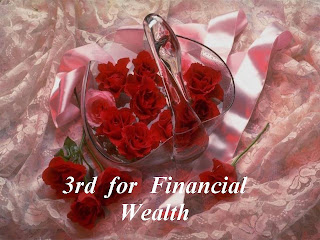 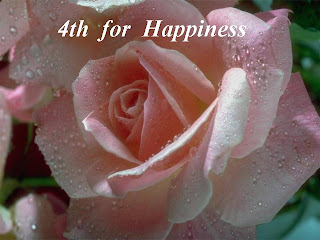 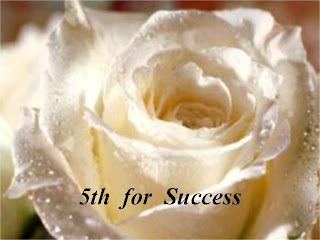 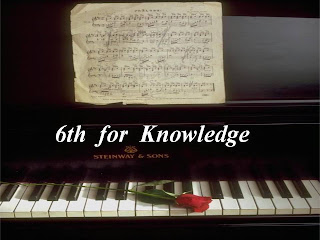 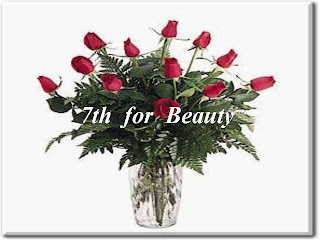 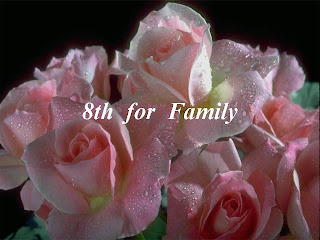 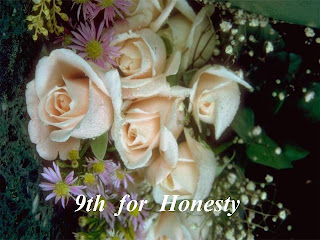 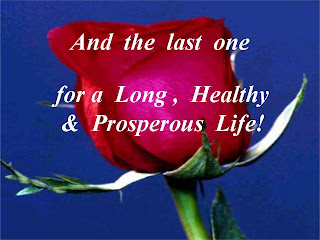 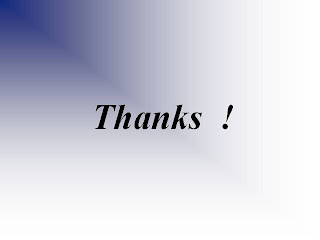 Thank you my dear friend...what a lovely gift!

sending them back to u...

Was passing by Air Hitam, Johor on Saturday and we stopped at the famous market there ~ famous for its pottery, quality souvenir items made of ceramic..also countless stalls selling all kinds of local snacks and fruits.


Saw these row of pineapples at one stall, never seen big ones like it before..


(but the stall owner said its normal in November/December season..hehe..) 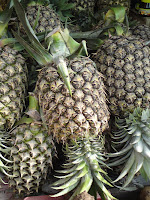 Couldnt resist to measure the size, but I didnt have time to choose the biggest one there... 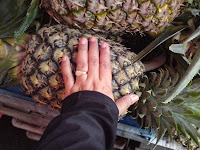 Went to "pasar malam" after work today, instead of buying the fried noodles at any of the food stalls, decided to make it myself

Posted by Cheqna at 21:27 No comments: Links to this post

The tears behind a dolphin's smile 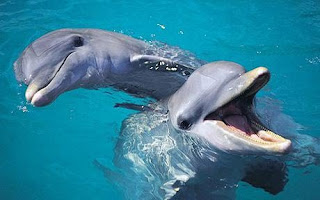 Dolphins are lovely and intelligent animals and in many countries they are protected from abuse. Dolphins are not fish but mammals which suckle and care for their young for years. Records show that at least 2,700 bottlenose dolphins have been taken into captivity and 53% who survived the violent capture died within 90 days and half of them died within their first two years of captivity.

Many countries have now stopped or at least try to regulate certain guidelines with regards to the abuse of captured dolphins. However, in Malaysia, the 'Dolphins and Sea Lion Show' which features two bottlenose dolphins named Rio and Karon and a pair of sea lions called Gendon and Brad shows that Malaysia is not sensitive to the issue of the mistreatment of animals.

Brought into Malaysia by LD Sports Sdn Bhd, Rio and Karon will be hauled around from Kuala Lumpur to Penang and Johor for the next three months. Imagine the ordeal the animals have to put up with during the transportation from one place to another.

(Photo of National Aquarium in Baltimore)


Rio and Karon will be forced to perform three shows a day on weekdays and five a day on weekends and public holidays. Even human beings feel 'tired' if forced to work extra hours doing work they're not supposed too. These animals have feelings, and I'm sure they feel the strain performing non-stop for selfish humans.


Unfortunately, the fact is that the dolphin's face muscles are fixed so whether tired, sad or ill, the smile will always stay there no matter what they're feeling. At least humans get paid and are not trapped and confined like these dolphins? They're fed dead fish which they hate. Dolphins eat fresh fish not dead ones.

There is absolutely no educational input to the children who make up most of the audience and the whole thing is like a circus with loud music, dancing and ridiculous jokes by the emcee of the event. At the end of each show, what seems to me like an endless number of people pay an extra RM15 to touch, kiss and take photos with the dolphins which creates even higher levels of stress for these poor animals.


This contrasts very strongly with the dolphin show in Australia at Sea World where the pools are huge and only one selected person can pat the dolphins at the end of the show. The reason? They want to protect the dolphin from feeling stressed. Stress causes the dolphins' intestines to crumble and as a result, they will die.

Rio and Karon are kept in a small tank which is clearly inadequate and inappropriate. Dolphins, in nature, dive up to 150 feet and travel massive distances in the ocean. How can they do that in a tiny tank? How would you feel being trapped in a small jail like that? According to the staff, the sea lions cage is even worse. Yes, they're kept in a cage.


I feel that the mistreatment of these intelligent mammals shows that Malaysia has a long way to go to really achieve a developed nation status. I was absolutely disgusted by the show and came away with a feeling of revulsion. Unfortunately, the coverage in the print and electronic media failed to highlight the torment and abuse these animals are subjected too.


Rio and Karon were abducted from the Java Sea and the so-called owners or trainers, in my interpretation, should rightfully be called criminals. Dolphins live in pods and have very close-knit family relations. When a family member is captured, reports states that at least one other family member will die due to the stress of the separation.


Captive dolphins suffer severe mental and physical stress and they lose one of their most remarkable gifts, that of echo-location. This is lost in a man-made construction when there is no fish to catch and their environment is featureless and redundant. It also creates unbearable noise pollution when their sonar signals bounce back at them.


The horrible and inhumane treatment of these animals will continue unless decent and humane people reading this letter take action to put a stop to it and protect these animals. These are not disposable animals for a disposable society. They are not objects to entertain us human beings. Dolphins belong in the sea, in the wild with their families.

Posted by Cheqna at 22:36 No comments: Links to this post

I attempted to cook "dalca" the other day. Not sure of the recipe, I just made it all up ~ a bit in a hurry (and a bit "lazy") to look for it in the mags or recipe books or to switch on the computer and be online :-).

..and so I gathered the ingredients that I thought should be in it..hehehe..

My made up recipe :

I confidently cooked it like I normally would in making curry,..and whilst it simmered, called up my eldest sister in K.T...but she said I should use dalca powder instead of curry powder...aaahh??..there's special powder or paste for dalca eh?..that's the first time I heard...hehehehe... 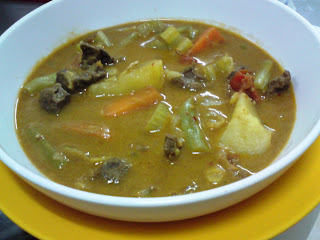 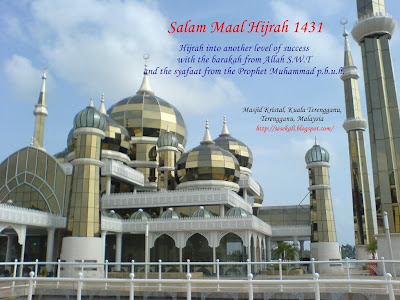 I received some good wishes from family and friends...amiin amiin amiin..tqvm for all the doas...same wishes back to them all..

"..Hijrah is d beginning of all good things. May we all become better Muslims now and hereafter..." (Hab's)

Posted by Cheqna at 21:12 No comments: Links to this post

...welcoming u to d blog world...hope u can share d many stories from the Land of Tulips...

Late last nite's sms from Aimy reminded me that I'd been keeping to myself for d past month esp. after the Eid-ul-Adha break.

Some calls n smses from family members n friends were left unanswered, thou not intentionally, more to them not "clicked" in mind that i should attend to it..bit tired these days...

~ my cousin's sms was not answered till she called me to confirm on her invitation..[oops..another cousin's sms yet to reply....- ok, done..she was asking for my add.. :-) ]

...yet to return the missed call of my brother in Kelantan..

~ my friend's voice mail message during Eid-ul-Adha was only returned after 2 weeks..n i regret it bcos she wanted to tell me then about a sad passing of her family member before Eid.

mmm...i do think i've got some more...have to check my sms's inbox n calls box to check if there's anything that i should do...to go thru my mail boxes as well...

so today i sent my replies to both Mas n Amal...yes Amal, I'm stil "alive and kicking"...n Mas said i owe her big apology...so I'M SO SORRY dear friend...

...I'm very thankful for all my friends' concerns...I'm touched n especially feel honoured to have such great friends like them..


(coincidently, just received one sms from a junior asking about me as she said she hadn't heard from me for quite a while...n at d same time my brother in Kelantan called!)

I believe I've been keeping away from many, and i'm sorry for that...guess i should start to "un-do" this "self exile"..and start contacting them..

I was watching Upin n Ipin the cartoon series on TV ~ came to the part when one of the pre-school kids had "nasi lemak" during the morning break...


n this is our dinner tonite 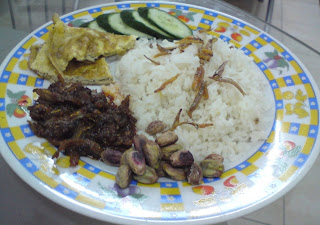 Posted by Cheqna at 20:33 No comments: Links to this post

Finally...tonite i was able to sit and watch the whole movie of "Geng : The Adventure Begins" on Astro's Disney Channel and really enjoyed it..no wonder Balqees and her sisters love it,
"betul,betul,betul"...

n i dont mind watching it again soon. he he he...