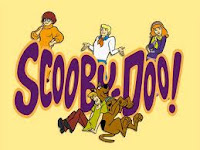 My all time favourite cartoon...

Over the course of Scooby-Doo's various spin-offs, various relatives of Scooby were introduced:

* Scrappy-Doo: Scooby's young nephew (and son of Scooby's sister Ruby-Doo), Scrappy is the bravest of Scooby's relatives. Scrappy became a recurring character in the Scooby-Doo series beginning in 1979, and was noted for being quite headstrong and always wanting to face off in a fight against the various villains (unlike his uncle). Scooby and Shaggy were present at Scrappy's birth. 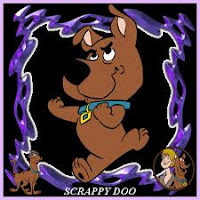 * Yabba-Doo: According to Scrappy and Yabba-Doo Yabba is Scooby's brother, a white dog owned by Deputy Dusty in the American southwest. Unlike Scooby, Yabba is brave. Unlike Scooby's and Scrappy's, his typical custom catch-phrase at the end is "Yippity-Yabbity-Doooo!!!" (and not "Yabba-Dabba-Doo!", presumably due to another Hanna-Barbera character's usage of that phrase). 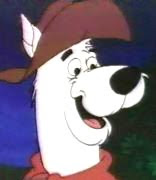 * Scooby-Dum: Scooby's cousin (according to Shaggy in "Headless Horeseman of Hallowen), a blue-grey dog. A Mortimer Snerd-esque dog who longed to be a detective. Was rather dimwitted (he'd keep looking for clues even after the mystery was solved.

* Scooby-Dee: Scooby's distant cousin, a white dog. Spoke with a Southern accent, and was an actress.

* Dooby-Doo: Scooby's cousin, a singer. He is one of Scooby's few relatives to have hair on his head. Only appeared in "The 'Dooby Dooby Doo' Ado".

* Horton-Doo: Scooby's uncle. Was interested in monsters and science.

* Yankee-Doodle-Doo: Scooby's ancestor. Not much is known about him. He appears to be a pilgrim.

* Dumper Scoots: A confused lion that thinks he is a dog. Having the same speech pattern as Scooby-Doo, he believes he is Scooby's cousin. 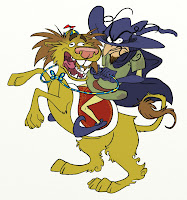 If last time I was into.. 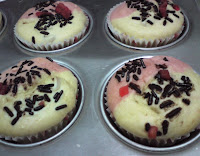 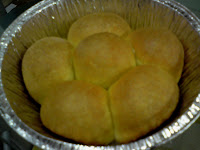 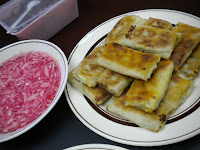 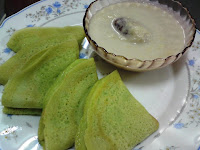 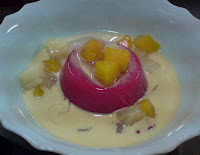 last month I had cravings for homemade chocolates!

..and so started surfing the net and asking around,
even sending text messages to a fren down under (thank you my fren!)

and here's some attempts of mine :-) 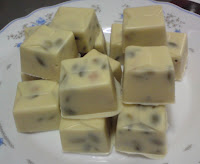 With leftovers cooking chocolate and cornflakes, I tried making this :

But of course the first try did not turn up the same as this :


hmmm..no wonder I have trouble with my diet

Got this awards from Nick Irfan ~ thank you very much,
but sorry dik, as usual I'm not answering any questions..hehe.. 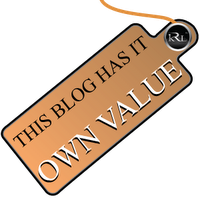 ..mmm..I'd rather give it to everyone!

and p/s - Dieter shared this lovely winter photo..thank you!

Mas has given me a one year notice to play in next year's tourney, right after our "fun in the sun" tournament in July.

We are supposed to start the training but everybody has been very busy..and we have yet to start a single one.

A couple of weeks ago when my sister said that her department was planning a tourney, I asked if I could play on her behalf (she didn't plan to take part)..so that I could at least start somewhere..

At the bowling arena

I was told that our team would be called "Ponti Anak Remaja"...something to do with vampire...so I thought red and black attire was approriate..hehe.. 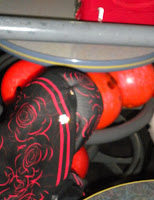 I felt nervous playing with them that I scored badly...pity the other 2 team mates as they played well.. 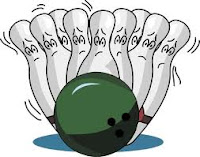 Of course I felt guiltier when one of them told me that our scores were just 2 points short of the winning team! 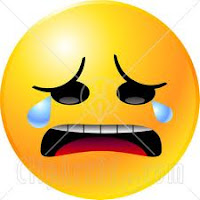 ...now I've lost my confidence to even be in the reserved team for next year.. 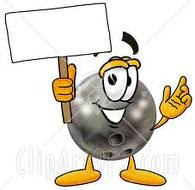 Take that as a "white flag" from me..hehehe

And I thought I could...

Back safely after few days away in KT, Alhamdulillah for the fairly smooth journey..but as usual, I'm feeling homesick for my "Penyu" (turtle) hometown ..hehe.. 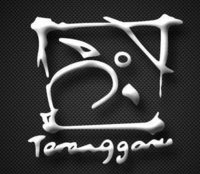 Being on leave, I was planning to update my blogs but whenever I switched on my computer, these two would come and joined me "online".. 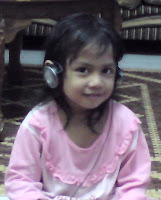 (Balqees in her playful mood) 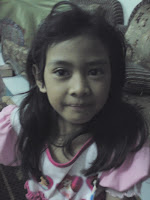 (Batrisyia who told her teacher that her "elder cousin" [that's me..her auntie! :)] was coming back for the Eid-ul Adha..)
And that had her mum and teacher ..

The other two made their own activities..

(Faraheen checking out her "diary")

Their special request would always, "can we sing...?"..~ the nursery rhymes and their favourites are the Hot Cross Buns and few others posted earlier..

We had this Alphabet song to sing along too :)

By the end of my leave, the plan to update became the "thought that I could NOT do"..hehe..