Another set of photos from Ayu : 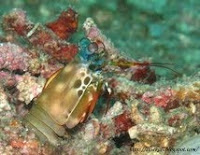 Mantis shrimp or stomatopods are marine crustaceans, the members of the order Stomatopoda. They are neither shrimp nor mantids, but receive their name purely from the physical resemblance to both the terrestrial praying mantis and the shrimp. 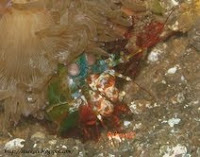 (From Wikipedia)
~ These aggressive and typically solitary sea creatures spend most of their time hiding in rock formations or burrowing intricate passageways in the sea-bed.

~ Around 400 species of mantis shrimp have currently been described worldwide; all living species are in the suborder Unipeltata. They are commonly separated into two distinct groups determined by the manner of claws they possess:

~ The Eyes : The midband region of the mantis shrimps eye is made up of six rows of specialized ommatidia. Four rows carry 16 differing sorts of photoreceptor pigments, 12 for colour sensitivity, others for colour filtering.
~ Their eyes (both mounted on mobile stalks and constantly moving about independently of each other) are similarly variably coloured, and are considered to be the most complex eyes in the animal kingdom.
~ Mantis shrimp are long-lived and exhibit complex behaviour, such as ritualised fighting.

Many of d lovely photos found in the net,
...SubhanAllah سبحان الله
(Glory be to Allah)....

From Ayu's diving trip at Lembeh in Sulawesi recently
(thanks Ayu for sharing the photos) : 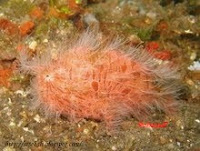 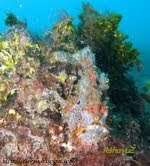 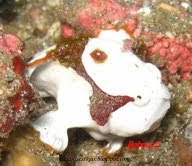 Simple facts taken from Wikipedia :
Frogfishes, family Antennariidae, are a type of anglerfish in the order Lophiiformes. They are known as anglerfishes in Australia, where 'frogfish' refers to a different type of fish. Frogfishes are found in almost all tropical and subtropical oceans and seas around the world, the primary exception being the Mediterranean Sea.
~ Their habitat lies for the most part between the 20-degree isotherms, in areas where the surface level water usually has a temperature of 20 C (68 F) or more.
~ Frogfish have a stocky appearance, atypical of fish. Ranging from 2.5-38cm (1-15 inches) long, their plump, high-backed, non-streamlined body is scaleless and bare, often covered with bumpy, bifurcated spinules.
~ The unusual appearance of the frogfish is designed to conceal it from predators and sometimes to mimic a potential meal to its prey.

~ Frogfish generally do not move very much, preferring to lie on the sea floor and wait for prey to approach. Once the prey is spotted, they can approach slowly using their pectoral and pelvic fins to walk along the floor.
~ In open water, frogfish can swim with strokes of the tail fin.

~ Frogfish eat crustaceans, other fish, and even each other. 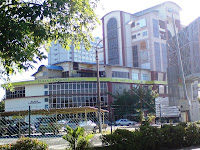 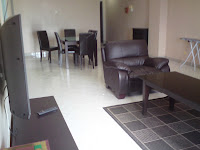 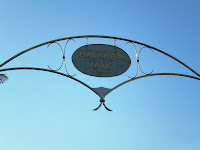 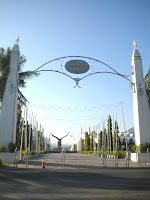 The best known legend of Langkawi is of Mahsuri, a pretty maiden who lived during the reign of Sultan Abdullah Mukarram Shah the Second who ruled Kedah between 1762 and 1800. She died under tragic circumstances for a crime she did not commit. She died a victim of a conspiracy plotted against her out of jealousy by Mahura, her very own mother-in-law for her magnetic personality. 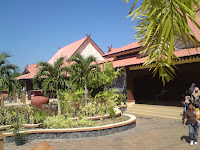 Mahsuri was accused of committing adultery with Deramang, a young troubadour who she befriended and was sentenced to death.

As proof of her innocence, some people say, white blood was seen gushing out of her wound during execution at Padang Hangus. Others maintain there was the sudden appearance of white mist that enveloped the spot where she was executed, which it was believed was a sign of mourning of her innocence.

Mahsuri is best remembered for her curse on Langkawi which was uttered before she died. She had said, "For this act of injustice Langkawi shall not prosper for seven generations to come."

Myth, legend or fantasy? History tells us that within a few years of Mahsuri's death, Langkawi was devasted by the Siamese and Datuk Seri Kerma Jaya and his entire family were killed. Rice fields and granaries were completely set on fire. 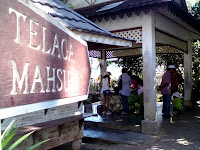 To this day, grains that appear to be burnt rice grains are still to be found at Padang Matsirat.

However, many believe the curse is now over with the numerous development projects undertaken on the island. 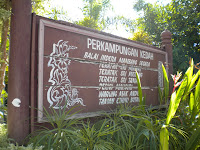 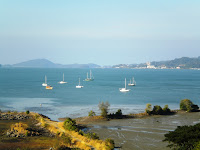 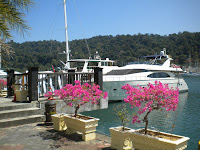 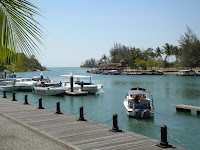 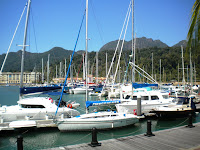 Nearby, where "The Loaf" (bakery owned by Tun Dr. M) was located : 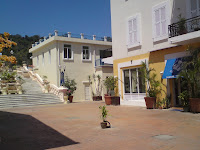 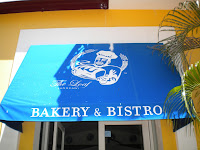 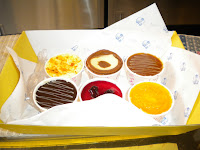 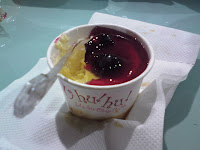 The Isle of Langkawi has changed quite a bit since I last went there with my mum and family. So it was a good idea to hire the Serena for the 6 of us...and with our very capable Nieza (@ driver @ tour guide...hehe..), we had a very good time touring the island. 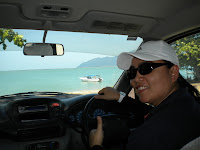 One of d highlights for me was eating the "roti canai" at the stall under the tree near our apartment...i really luvvvvv it when we had it upon arrival on d first morning, that i said i wanted to have 2 d next morning!haha..luckily by the next day, i had d craving for only 1 n 1/2...hehehe...
and i had it again for breakfast on the last morning! 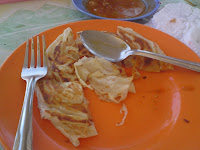 Of course another highlight was shopping at the Haji Ismail's shops!...hehehe 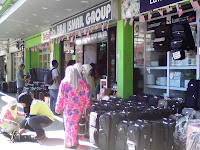 Did a second exercise after i got back from d office, but this time for 20 minutes and complete with wearing this "track" suit (it really made me sweat, even b4 i did the stepping!) :

I really really hope to do this regularly,

...for a fitter n healthier me.

Bought this mini-stepper yesterday...and tried it out this morning for 10 mins..

..after about 285 steps..the calories burned? 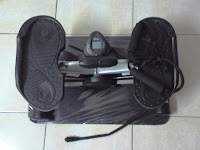 
Here is a short approximate guide to the number of calories burned by certain exercises/activities.

its okay, have to start somewhere,